Refer to a friend 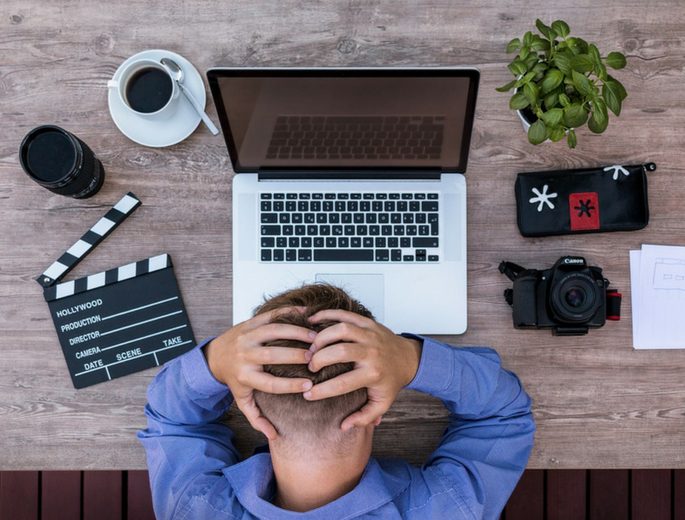 When you hear the word “failure” it brings about a negative connotation. Failure by google’s definition is “lack of success” which is quite literally the opposite of success. However, with the introduction of entrepreneurship the word “failure” is no longer a negative meaning, so much so that the term “fail forward” was introduced. What is the concept of failing forward? Why has the term failure changed in meaning and connotation within an entrepreneurs vocabulary?  Failure today is no longer associated as a bad thing but as an experience that one can learn from; some even going as far to say that failure is a positive thing.

If you look at any major modern technology moguls, you will see that in one way or another, some form of failure was involved in the process for their success. In fact, you will notice that failure might be an essential step in securing success for yourself. Take Elon Musk for example, he was ousted as CEO of his own company Zip2, his first paypal product was voted as one of the worst 10 business ideas, his rocket launches failed multiple times costing him billions, so on so forth. In his famous words, “Failure is an option here. If things are not failing, you are not innovating enough.” As an entrepreneur, you will experience failure. Some failures might be small scale, while others might be insurmountable and chaotic. Remember that it is all part of the process.

When you are in the beginning stages of your business or startup as an entrepreneur you might realize that perhaps you are in the wrong market, or perhaps that your potential business won’t be profitable. You have just experienced your first taste of failure. What do you do? Pivot into something different or better of course! You lost money in a bad contract deal, or hired the wrong person for the job costing you money. What do you do? Take the loss as a learning experience and move on from there! If you notice the trend, entrepreneurship is about understanding that failure is an inevitable factor to your success. Failure is scary, in fact many people will not take risks due to the fact that they fear the repercussions of failure. That is what truly separates an entrepreneur from the wantrepreneurs. You must understand that there is risk in every business decision, that in every decision you make, there is a possibility of failure. You can keep failing multiple times. All it takes is one single success to change your life!

How can you avoid failure? You cannot. It is an inevitable part of any type of business. You will fail in something. However, what you can do is limit the amount of failures and perhaps experience very few of them. How? By researching thoroughly your potential business, by talking with others to understand how they failed in their (or your) market, and even by experimenting with little stakes on the table. They key is to always take each failure as a learning experience and never make the same mistake again. Failure truly becomes failure if you do not learn from the experience. That is the worst kind of mistake any upcoming entrepreneur can make, failing to learn from failure. What is the best step in keeping track of your mistakes? Perhaps keeping a small booklet of every mistake you make and writing it down for future reference might help. It is essential as an entrepreneur that you must keep track of every mistake you make so that you do not repeat it in the future.

How do you put yourself in the mindset of accepting failure as part of the process? Failure is never easy, in fact it can be a bitter pill to swallow. To understand your failure, you must ask yourself. Will this mistake or failure matter in 5 years from now? Will this mistake cost me part of my life? 99% of the time the answer will be no. It’s all perspective. As an entrepreneur, you will slowly but surely begin to accept this fact, once you do you can start to make bigger and bolder risks. Your failures will begin to turn to successes. Why? Because you will start to become unafraid of failure, because you will understand that in truth, there is no such thing as failure, only circumstances that don’t exactly go as planned. But that is OK! As long as you keep on your path and develop the perspective that failure is simply education, failure won't exist in your mind. Remember that Success is the result of perfection, hard work, learning from failure, loyalty, and persistence. Success is not final, failure is not fatal: it is the courage to continue that counts. Failure will never overtake you if your determination to succeed is strong enough.